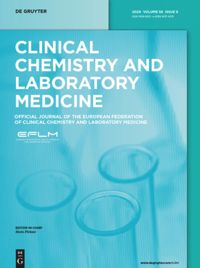 Abstract
In recent years, the formulation of some immunoassays with high-sensitivity analytical performance allowed the accurate measurement of cardiac troponin I (cTnI) and T (cTnT) levels in reference subjects. Several studies have demonstrated the association between the risk of major cardiovascular events and cardiac troponin concentrations even for biomarker values within the reference intervals. High-sensitivity cTnI and cTnT methods (hs-cTn) enable to monitor myocardial renewal and remodelling, and to promptly identify patients at highest risk ofheart failure. An early and effective treatment of individuals at higher cardiovascular risk may revert the initial myocardial remodelling and slow down heart failure progression. Specific clinical trials should be carried out to demonstrate the efficacy and efficiency of the general population screening by means of cost-benefit analysis, in order to better identify individuals at higher risk for heart failure (HF) progression with hs-cTn methods.

In particular, specific pharmacological interventions are recommended for individuals with systemic arterial hypertension, elevated low-density lipoprotein cholesterol levels and diabetes mellitus (DM) [1], [2], [3]. Conversely, in people without established cardiovascular disease, the most recent meta-analyses have provided only equivocal evidence for reduction in incidence of cardiovascular diseases through multiple healthy lifestyle interventions [4], [5], [6], [7], [8]. However, the degree of effectiveness might be associated with the level of risk in the overall general population [2]. In 2017, a systematic review, including 31 studies (36,484 participants), evaluated the effectiveness of multiple lifestyle interventions on overall cardiovascular risk and traditional risk factors in people without established cardiovascular diseases [8]. This meta-analysis found modest, but statistically significant, effect on pooled net change in systolic blood pressure (16 trials), body mass index (BMI) (14 trials) and serum total cholesterol (14 trials) [8].

The early detection of individuals at higher cardiovascular risk should be the most important goal of the primary prevention in the general population. It is theoretically assumed that the cardiovascular risk in apparently healthy subjects is the result of actions of multiple, interacting genetic and environmental factors [1], [2], [3], [9], [10], [11]. According to the American College of Cardiology Foundation (ACCF)/American Heart Association (AHA) guidelines the natural history of heart failure (HF) can be divided in four progressive stages (from stage A to stage D) [12 ,13]. The first two stages include asymptomatic individuals who are at high risk (stage A), and those with structural heart disease but without signs or symptoms of HF (stage B). The last two stages include patients with signs and symptoms of HF: the patients responding to standard pharmacological treatment are included in stage C; while patients refractory to standard treatment and so requiring specialized interventions are included in the last stage D [12], [13]. The 5-years mortality rate increases progressively from the stage A to the stage D (i.e. up to about 50% for stage D patients) [12], [13], [14].

Many experimental and clinical studies have recently demonstrated that cardio-specific biomarkers (such as cardiac natriuretic peptides (cNP) and cardiac troponins) may help in the identification of apparently healthy subjects, who are at risk for accelerated progression towards symptomatic HF [9], [10], [11]. The use of cardiac-specific biomarkers for risk prediction in the general population was not even contemplated in international guidelines till 2010 [15], likely because only recently high-sensitivity immunoassays, able to measure the circulating levels of cardiac-specific biomarkers in the majority of apparent healthy individuals, have been finally introduced [16 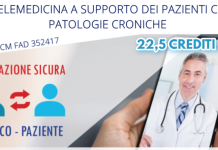 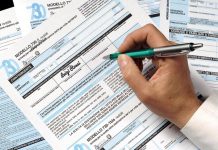 Evidence on clinical relevance of cardiovascular risk evaluation in the general...